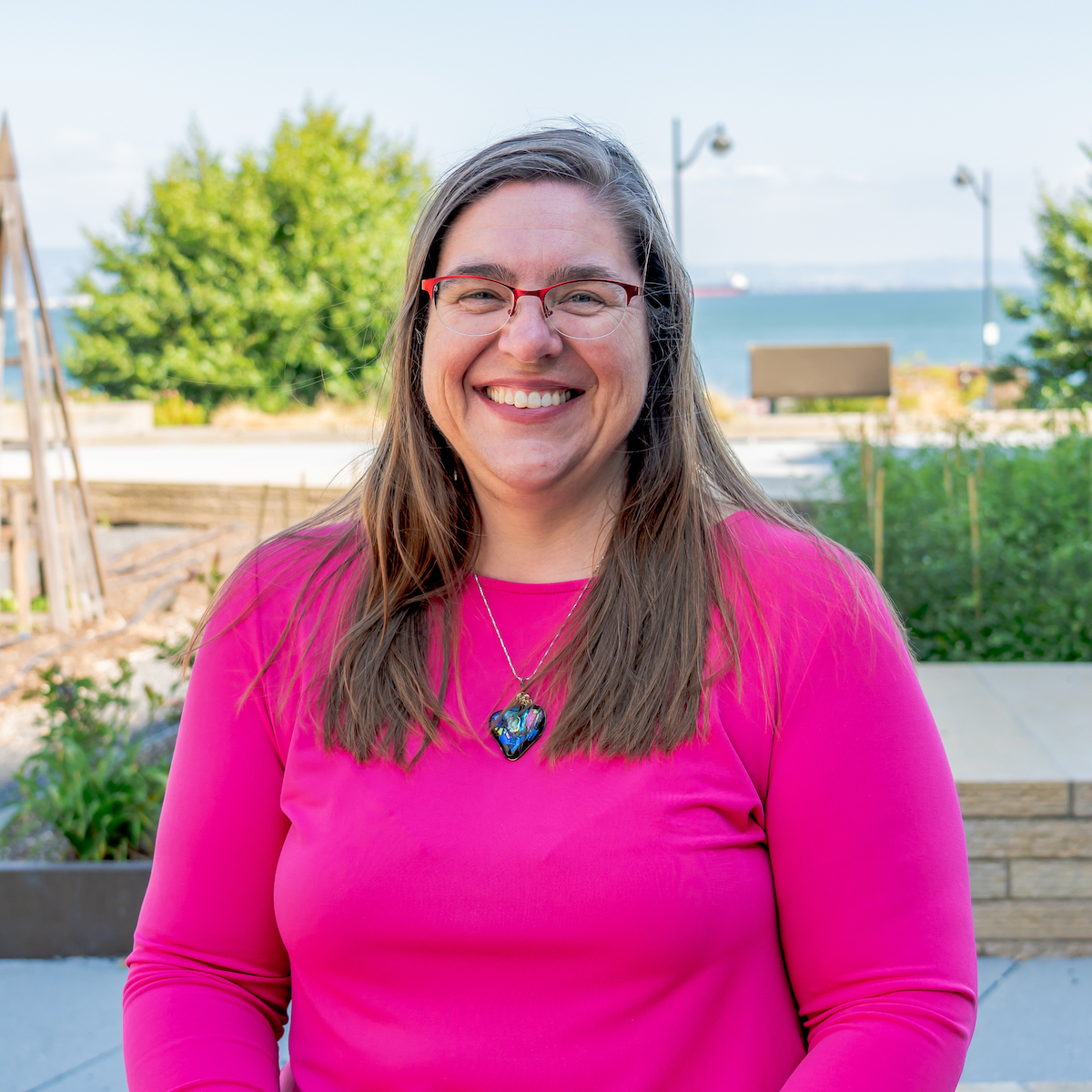 April Oertwig is the Administrative Manager at the LGR. With a B.S. in Computer Science, a B.A. in Early Childhood Education and a Project Management Professional (PMP) Certification, April’s professional experience spans small and mid-sized nonprofits, government, higher education including University of California Berkeley and her own consulting practice. April has wrangled a previously mis-managed project into a long-term success, created systems and processes that led to greater efficiency and clarity in a chaotic environment and developed a fledgling initiative into a fully formed program. What unites April’s varied professional experience is her ability to meld her “head” skills such as logic, planning and prioritization with her “heart” skills such as active listening, non-judgmental accountability and creating safety. As the first Administrative Manager at the LGR, April is excited to use her people-centered approach and experience building infrastructure to focus on building an environment that inspires an engaged, supported, collaborative and bold team.